A downloadable game for Windows

Note: This game was originally designed for mobile! I converted it for a PC version.

Tap the balls against the clock to beat your friends' scores or just play it at your own rhythm, Painty Balls is a simple yet addictive game of coloring. Change the balls' color by tapping them to match the diamond, and in times of stress, you can shake your device to make everything go really slow.

read more about the development of this game, here: https://www.patreon.com/posts/painty-balls-of-38021157

In order to download this game you must purchase it at or above the minimum price of $2.99 USD. You will get access to the following files:

Cute! I'm going to have to try this on a touch screen ^_^ Thanks for including a color blind option!

Many thanks. If you have an Android, the game is playable there! Glad the color blind option is working. I wasn't totally sure, as I only had one person testing it.

I know $3 is quite a sum. Comparing with other game here at itch.io, it's quite a drag to pay $3 for such a simple game.

When I launched the game on itch.io, the original idea was to be part of the Racial Bundle - which happened and made me very happy. Then the Summer sales came, and I offered the game for free during that period.

When the summer sale ended, I kept the original price. I don't intend to get rich out of this, but the amount of hours I put on developing this game during my jobless quarentine, I though, maybe this could help with some bills.

It's not helping at all as I made no sale, but at the same time, I think it's not the right time to lower the price, as I invested more than a hundred hours on this, and on my mind I want to value my work. Maybe it's the wrong mindset, but it's the current mindset.

Meanwhile, the game is free on Android, with ads. I made 0.02cents out of the ads, which means the game is financially a total flop. But all the comments here and there make me quite glad with the result.

Maybe, sometime soon, I'll put the game free on itch.io, but for now, if you have an Android, you can get it there!

Hope to have answered your question,

I really enjoyed this game! It's fun yet chill yet chaotic in the later levels. I only wish there was more content! I did a little gameplay video of my first impression; it was well worth my time this game! :D

Thank you so much for the review! I loved to watch you play every single minute.  See you discovering how the game works, but mostly the invert mode part, it made me laugh, your reaction was priceless.

The chillout mode should be called practice. The later levels were designed in a way to make the player always lose. Mobile Games concept! That's why it gets very messy!

Thank you from the bottom of my heart for the YouTube video! Made my day. I was in need of something like that!

P.S:
My name was almost there, very very close indeed! You can check it here: https://www.youtube.com/watch?v=gw41_Dpgxw8

This was so fun! I played it a couple times in my laptop (although it is clearly suited for mobile, haha) and it was very entertaining.

Absolutely nothing more frustrating (in a good way) than when you're looking for a colour and you skip it and have to go all the way around! Also, very smart to have the balls have a clear order BUT not have that order repeated between different balls, otherwise it'd be very easy to just memorize the pattern. I don't know what the hell is going on when I enter "inverse mode" but it was cool.

Also I clicked the black ball running around thinking it'd give me more seconds but alas, that was my demise. My record was level 33! :) Thank you for the game <3

Thank you very much for such a marvelous review! The inversion of color slows time. It was designed to help the player to fast-change the colors of the balls, but on the other hand the whole level inverts, which can be tricky to the brain. :-)

I definitely will need to attach a mouse to play this effectively, but I love the concept! Lovely music.

Nice, need this on android :)

Yeah i try to explore all the game in the bundle :D
Congratz to you 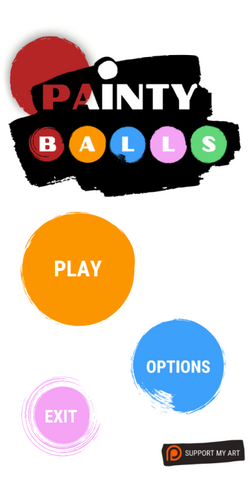 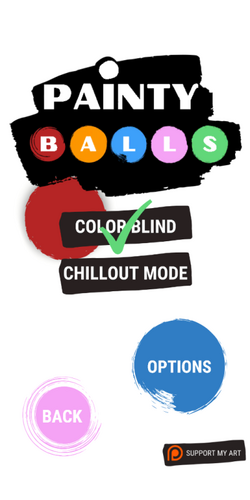 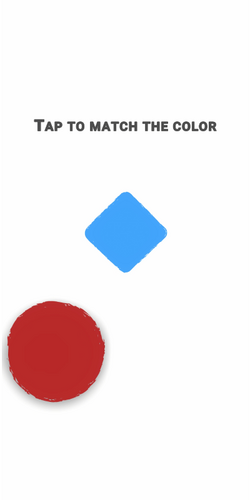 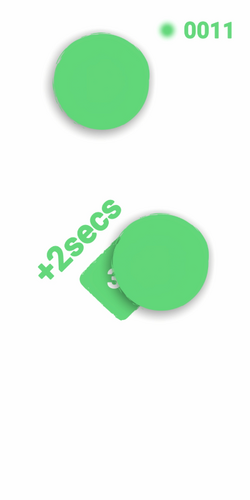 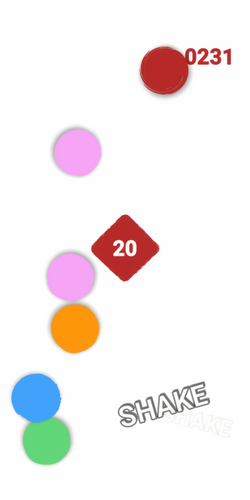 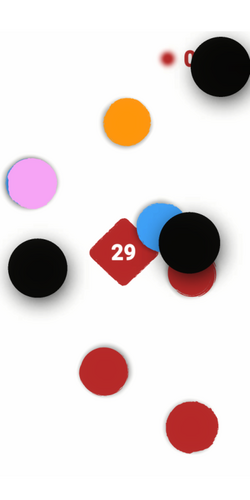 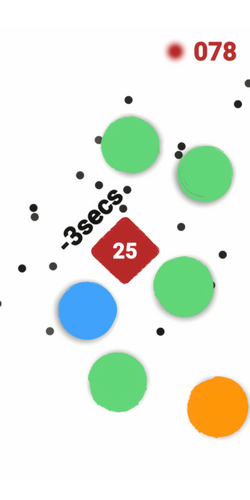